Founded with YOU in mind

In 1997 two Twin Cities bankers, Michael Bilski and Bradley Huckle, started on a path to form what is now North American Banking Company. The path was one they were familiar with, having spent the past 25 years helping small to mid-sized companies in the metro area establish roots, grow and prosper financially.

Longtime colleagues and friends, Bilski and Huckle were convinced that banking could be personal, service driven and community focused while also offering the stability and product range of a big bank. They set out with that vision in mind, recruiting key employees for IT and product development and laying the groundwork for North American Banking Company.

Implementation of the plan required financial backing. Bilski and Huckle spent the better part of 1997 raising $4 million in capital from nearly 100 shareholders, many of them employees. North American Banking Company opened its doors in July of 1998 with 10 employees and finished the year with $21 million in assets, $18 million in deposits and $10 million in loans.

Since that time, five additional branch offices have been opened: the Minneapolis office at 50th and France Avenue in 2001, the Hastings office in 2005, the Woodbury office in 2006, and the Shoreview office in 2017 and the Maple Grove office in 2022. North American Banking Company has grown to $1.1 billion in assets, all the while staying true to their high tech, high touch philosophy.

Today, the bank remains healthy and strong which Bilski and Huckle attribute to the experience and longevity of the staff, support of the bank shareholders and a loyal customer base. In October of 2016, North American Banking Company was recognized by the Small Business Administration of Minnesota as the Third Party Lender of the Year for providing the best overall support of SBA’s 504 loan program, both in number of loans and dollar value. In 2021, North American Banking Company was the 23rd largest ACH ODFI in the United States by transaction volume. Working with the SBA, we helped 516 local businesses get nearly $101.3 million in Paycheck Protection Program loans in response to the COVID-19 pandemic.

It's easy to see how much things have changed. But our commitment to our customers and our community has not changed. 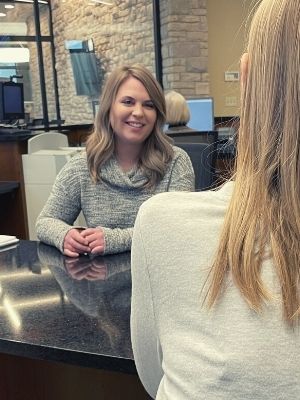