Growing up in New York in a family of great cooks, Angela Verrastro has fond memories of family gatherings, where food was at the center of it all. Her grandmother Angelina ran the corner Italian luncheonette, in a tightly knit neighborhood in the Bronx. Angela watched her taking care of her customers and her family, a passion for good food and community took root.

Many years later as an adult, she found herself living in Woodbury, MN. Although Woodbury had everything a growing family could want, she found it to be missing the small, family run eateries of her youth in New York. Time away from Woodbury in Brussels, Belgium reconnected her to the small European style markets with fresh food that also served as community gathering places.

Inspired by these experiences, she decided to start a business when she returned to Woodbury in 2005. She started making home cooked meals for local families. Within a few months, her customer list grew to 70 families and she moved into a commercial kitchen. Although her business was busy, the margins were not favorable and larger competitors had started to enter the area.

In 2006, she decided to shift gears and open a restaurant that would mesh with the family meal service she was already known for in Woodbury. “I had an idea of how I wanted things to be. We wanted to use high quality ingredients and get the best of everything,” says Angela. “I didn’t want to cut corners on anything.”

As Angelina’s Kitchen began to grow, the bank she was working with at the time wasn’t what she wanted. They were rarely at the restaurant and didn’t take the time to get to know her or her business and wouldn’t renegotiate her loan.

A friend referred her to Michael Adducci and the team at North American Banking Company.

“They came in one day and I made them breakfast. They listened to my plan and I could tell right away they believed in my plan for the business and believed in me,” says Angela.

Since then, Angelina’s Kitchen has expanded to include additional dining room space, a large space for events, and a patio. “I feel like I have a true partner with North American Banking Company,” says Angela.

“I feel like I have a true partner with North American Banking Company."

“I love it when people’s hands go up and they wave at their friends when they are here. We like to think of it is a gathering place for friends and neighbors here in Woodbury,” says Angela.

As for her grandmother, the namesake of the restaurant, Angela says “Every day at the restaurant I think of her. I hope she would like what we're doing here.” 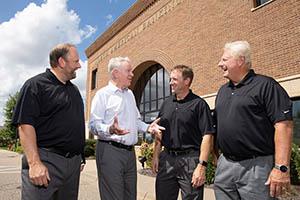 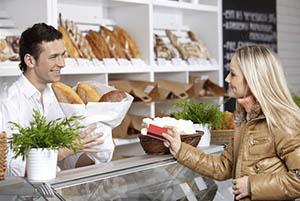 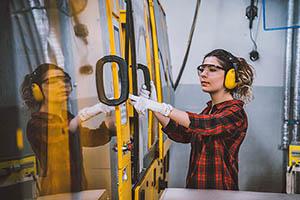 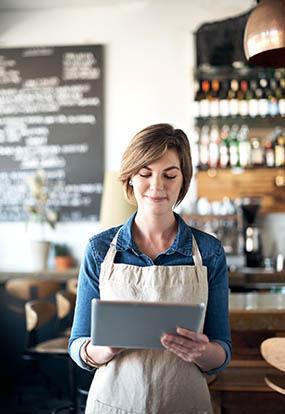